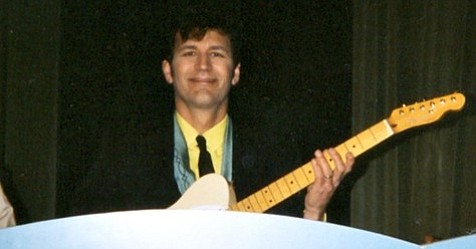 RIYL: The Cock Pits, Claude Coma and The IV's, the Stingers, the Monroes, Harlequin

Elias made several solo records with the Rick Elias Band, which included drummer Bobby Sale and his old Harvest bandmate Marc Intravaia, as well playing with local one-hit wonders The Monroes (“What Do All the People Know”). They released one 45, “I Break Down” b/w “Man Alone” and reportedly also did a popular version of “Walk Away Renee” which never made it to vinyl.

Elias moved to L.A. in 1984 and within a few years was recording with producer Niko Bolas (Neil Young). In 1990, Elias signed to Alarma Records, which released his Christian rock album as Rick Elias and the Confessions, a band which also included Intravaia and Sale. Their single “Confession of Love” peaked at number four on the national Christian Top 40 chart as published in Contemporary Christian Music magazine.

Elias later wrote songs for the Tom Hanks film That Thing You Do and released several contemporary Christian CDs on his own and as part of the Ragamuffins band.