Rhythm and the Method 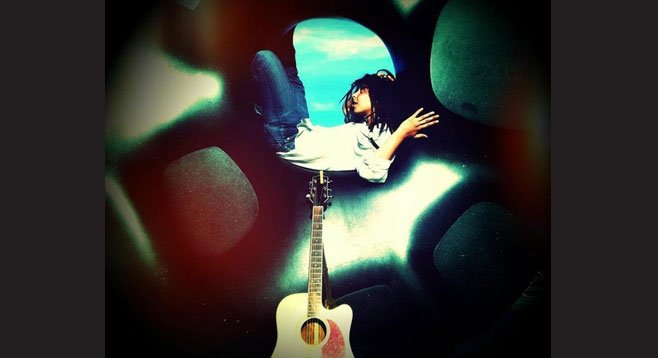 Rhythm and the Method are fronted by singer/percussionist Rhythm Turner, a Monte Vista High alum whose first regular gig was at age 19 when she played drums in the Southern rock-ish Elijah Clark Band. She played roots rock professionally with her father and brother in the early 2000s, and moved on to play solo or front the funky Rhythm and the Method. With setlists of popular covers and dynamic originals, they're one of the busiest bands in San Diego.

Turner was attacked in 2009, in what many have characterized as a hate crime related to her assailant's dislike of homosexuals. Mid-May, after a show at Canes, Turner was hugging her girlfriend when she was attacked.

Her dad, Papa Shawn, has been a guitarist in Rhythm and the Method. “She was hugging her friend goodbye. Two guys were walking out and one said, ‘Are you two lesbians? Let me see you kiss.’ My daughter told them to get lost and the guy kept making comments. I’m sure at that point my daughter said a few curse words toward them. The guy said he’d slap her, and he did. And then he started punching her before running. My son, Evan, who’s the lead guitarist in the band, caught him and brought him back. He ended up running out of the club again, and he was caught again. This time [it was] security at Canes [who caught him], or maybe it was just security guards outside, I’m not sure. They held on to him until the police showed up.”

Local rapper MC Flow organized fundraisers for Turner. “Rhythm didn’t have health insurance,” said Papa Shawn at the time. “She works as a yoga teacher and is a full-time student. The attack left her with fractures to her nose and eye socket. The guy is going to plead guilty, but the police aren’t going to charge him with a hate crime, which is something we had hoped they would.”

Tunder underwent reconstructive facial surgery. Her assailant, 22 year-old Vincent Williams, pleaded guilty to assault, earning just under a year of jail time. Turner subsequently filed a $1.5 million lawsuit alleging violation of her civil rights. Turner subsequently moved away from San Diego, not returning until early 2014. The following year, she briefly hooked up with the bluesy Black Market III, with whom she toured Europe.

Their first professionally filmed video “4th Dimension”, helmed by Hollywood director Jenn Page, was released in summer 2014, and they booked an east coast tour and an appearance at the Temecula Valley International Film & Music Festival.

In early 2018, Turner recorded an album at BugByte Studios in Grantville, while supporting herself with regular bar gigs and by driving for Lyft.