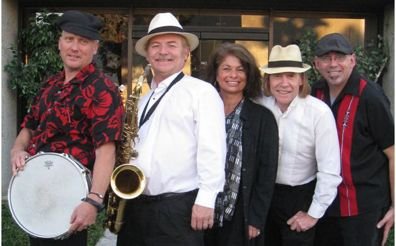 The Rhythm Jacks was founded by Bob Pruitt (guitar and vocals), who fronted blues groups in Kansas City before moving to San Diego in 2006. He recruited a Milwaukee transplant drummer/singer named Joe Bradedich (who he met at a blues jam), bassist/singer Dale Earl, and sax man Doug Buchanan (from from Bayou Le Batre, Alabama) to form the Rhythm Jacks. Buchannan has worked with Charlie Musselwhite, Etta James, and John Lee Hooker.

When later bassist/singer Doug Pope (from Chicago) passed away in 2010, his spot was filled by Steven Rask. Rachelle Danto was added on harp and keyboards.

The group plays rhythm and blues, traditional blues, vintage rock and roll, rockabilly, Latin grooves, and jazz, all of it very danceable. In 2011, they recorded a CD of twelve original songs.