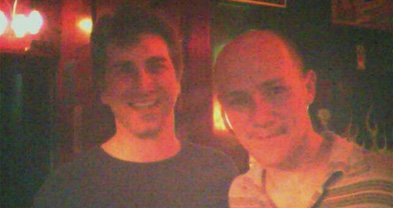 Current Status: In June 2007, the band relocated to New Jersey. They're recording a new CD.

Return of Mr. Blackshirt singer/guitarist Mike Eckhart explains the band's moniker. "The name came from a person I used to work with who only wore black shirts. Just a normal T-shirt, not a uniform or anything like that. He wore the same black shirt every day or he had a closet full of black shirts so he could wear a clean one every day. I never had the nerve to ask him, and the legend grew from there. So he left the company for a while, and after a few months he came back to work. Thus, the Return of Mr. Blackshirt."

Eckhart has also played with Revenge Club, Hell Yeah! and the Fading Captains.