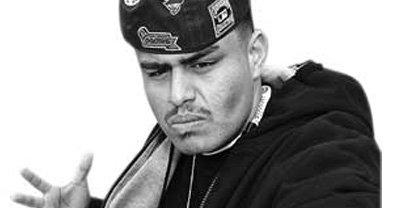 "We would battle each other at the beach for, like, $40 or $60; whoever wins gets the money." The crowd would decide who won based on who had the best punch lines ("Not even your own family supports you/ Your mother only kept you because it was too late to abort you").

"If you make the other guy nervous and he chokes and can't say nothin' back, you win. Sometimes you go two out of three.... Most of the time I battle black dudes. Sometimes even their own homies have to tell them, 'Come on, give him the money. He beat you.'"

Blaze raps in Spanish and English. In 2003, he won $1000 in a Z-90-sponsored MC battle and was interviewed on the air. Then Blaze got a call from Lil Uno, the local rapper who owns Sicko Records.

"[Lil Uno] told me there were not too many Mexicans who could flip a script like that." Uno included Blaze songs on the Sicko Records compilation Lifestyles of the Sick and Famous, which was released last summer. Blaze also serves as half of the hip-hop duo LPLD.