Randy Cierley Sterling played bass with Neil Diamond from 1969 through 1972, as well as playing, recording, and/or performing with Frank Zappa, Ann Margret, Kenny Rogers, Sonny and Cher, Phil Spector, Jim Keltner, the Kingston Trio, Sly Stone, and Harry Nilsson, with whom he played the banjo on the Academy Award winning song from the Midnight Cowboy film, “Everybody’s Talkin.’”

Neil Diamond has stated that Sterling was the inspiration for his song “Crunchy Granola Suite,” because Sterling was reportedly always munching from a bag of granola during those early tours. 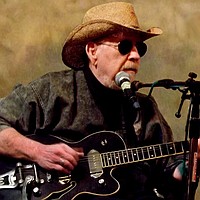