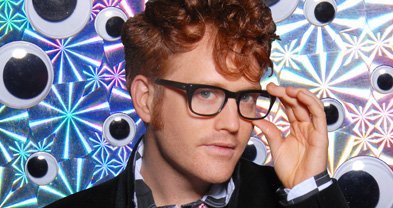 “When I first moved to San Diego I’d go to Las Brasas taco shop in the a.m., and I’d order a $2.50 potato burrito,” says Rafter Roberts, whose band is called Rafter. “Then I’d just eat chips and salsa and hot carrots until I was full from their serve-yourself chip-and-salsa bar and take some more chips and salsa home with my uneaten burrito. For lunch I’d eat half the burrito and for dinner the other half. That’s about the poorest. But I was rich in spirit. Hell, yes.”

Better days were coming. Rafter released his solo album Music for Total Chickens in early 2007. Though the album got coverage in the Reader, he says “I know I'm not alone amongst local musicians and readers that aren't really into the 'Blurt' formula of 'bad, trouble, disagreement,' etc.... Did you know I'm in a band that has a song called 'Ride of the Ink-Stained Weasel' about ['Blurt' contributor] Ken Leighton?”

In September 2008, Roberts was surprised to discover that Julian Lennon had listed him as Pick of the Week on Lennon's website. Says Roberts, “Am i silly to be so stoked that he was both inside John's penis as a sperm, and in Yoko's vagina as sperm then baby?”

He released the album Animal Feelings in April 2010, winning a San Diego Music Award as that year’s Best Alternative Album. “I imagine, as wide a range of things that we humans feel, [animals] feel too. A neglected, abused, and unloved pet probably feels pretty shitty and blue, and a well-loved and cared-for pet is probably pretty high on life. Dunno about snakes and shit, but my dog wags his tail a lot and licks my face, and I know he’s a happy woof.”

Rafter and his jingle company, based in his Singing Serpent studio, also provides music to various television producers. “It’s totally weird. I put armpit farts in there under the snare drums and sell it for Ks upon Ks. It’s a phenomenally, obscenely absurd world I get to dabble in. Music for dog food, toothpaste, Indian casinos, Walmarts…”

According to Roberts, as soon as the ink dried on the Singing Serpent building deed in 2003, realtors and developers made offers to buy the building that housed his studios.

“Each time someone approached us to buy, we'd say no,” Roberts says of the studio on 17th Street, across the street from City College. “We had this agreement [among partners] that if it gets to be three times or two and a half times as much as we paid for it, we'd sell it.... We were able to buy it for something like $860,000, and maybe two years later we sold it for maybe $2.5 million.”

Since it was founded in April 2000 by Roberts and Glen Galloway (of Trumans Water and Soul-Junk), Singing Serpent has used talent from San Diego's music scene to record soundtracks for TV commercials. Clients include Citibank, McDonald's, Nike, San Diego Zoo, Subway, and Virgin Mobile.

The windfall from the real estate sale enabled Roberts and his partners to buy and tear down a building in Kensington and hire an architect to design a new recording studio. The sale also allowed Singing Serpent to open an office in New York City.

“It was nothing I ever wanted,” Roberts says. “I was perfectly happy recording bands for ten dollars an hour in my garage. I never aspired to be a business owner. I like not having to worry about money.” The company fell on hard times in 2010, though it rebounded the following year with a jingle placed in nationwide ads for Uncle Ben’s rice.

Roberts has also produced the soundtracks for several commercials that aired during the Super Bowl, including a 2014 ad for Butterfinger. “I think it ran during the third quarter,” says Roberts, whose Singing Serpent studio is basically a bicoastal production shop with recording studios in both SoHo, New York, and on Adams Avenue in Kensington. “We’ve done Super Bowl ads before. This is just our latest.”

Singing Serpent Music and Sound Design has been his day job since around 2000; their client list runs from Wienerschnitzel to Cadillac. “My main music partner in bands, Glen Galloway, worked for another company in San Diego that did the same thing, music for television and radio.” When they went under, Rafter says the two decided to go it on their own. “We scratched our way up from the bottom.”

"There are twelve new Rafter albums on the way [this year]," reported Roberts in early 2019, just as he dropped LP number one, Terrestrial Extras, via Rad Lazer Records. He kept up the pace with followup albums such as The Prisoner. His July single, "Six Walls," previewed his JOY/BLANK/SORROW album.