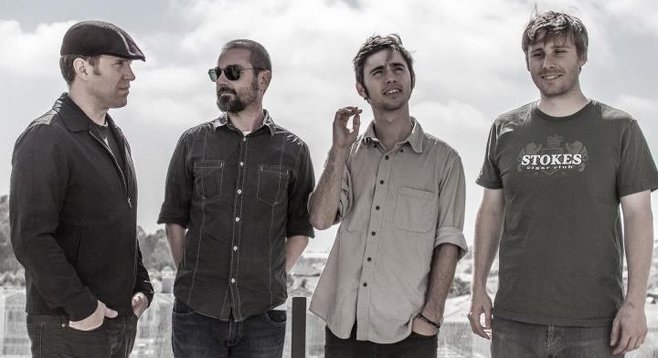 Privet is the duo of Sean Walsh and William Hagan with an ever-changing cast of sidemen, many incarnations, different band members, and different sounds, spanning back to 2008.

In 2013, the group scored a short film called Sweet Sexy Ocean. “We added effects and ambience,” says Walsh, who has taught guitar at American Music Exchange in Encinitas. “Most of the scenes are underwater. The documentary is 18 minutes long...it’s about a sea-urchin diver.” The diver, 73-year-old Peter Halmay, is a professional fisherman who was featured in a 2013 Reader cover story (“They Do It the Hard Way”).

Sweet Sexy Ocean has racked several awards, including one for Best Music at the Sedona Film School Short Film Festival in Arizona. The soundtrack gog led to a job scoring a 2014 feature film, Eternity, directed and produced by Eric Staley and Ian Thorpe of San Diego–based Sidecar Productions.