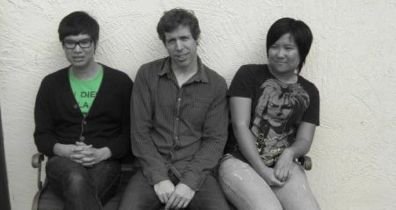 Based near Mission Bay, PostCrush formed in late summer 2009, when singer/bassist David Miano (aka Dr. M) and Kristi Helm began working on original material. They were joined by guitarist Opie Tran, who recommended his friend Patrice Calvelo (aka Pat the Rat) as drummer. In January, 2010, Helm parted with the group, leaving Postcrush a trio. They played their first live show at the Skybox on February 3, 2010.