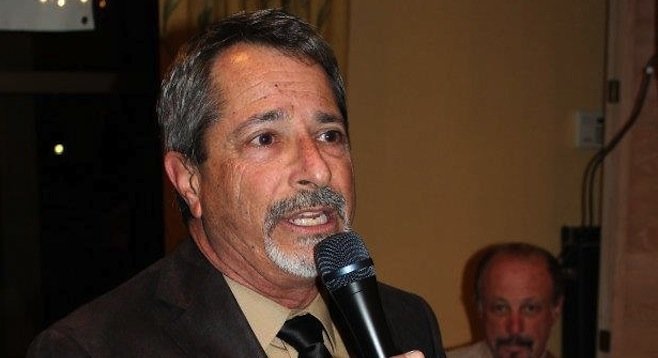 Peter Marin thinks that the singing of jazz music has brought him back from the brink of wherever it was that his depression was taking him. “I got sick. I went from being able to run a million dollar show to not being able to add two numbers…I couldn't find my way home.” He says he's better now. He has coping mechanisms.

“But I still get lost a lot.” He says he found it hard to agree with the diagnosis at the time. “I’m the happiest depressed guy you will ever meet.”

As a teen in Los Angeles, Marin (he was born Peter Marino) was tutored by a couple of major pop stars: Johnny Prophet, and by the man he caddied for, Andy Williams. Marin himself began singing at the age of 15. “The first time I got handed a twenty dollar bill for singing, I was 11.”

His first serious stage time was with Prophet. That connection came about because Marin was playing in a garage rock band with Prophet’s son. “I got paid in cases of Lancer’s wine. They’d put a case in the trunk of whoever’s car I arrived in, being that I was still underage.” He laughs. “You know, Lancer’s, that wine that came in a brown bottle?”

But Marin, who as of 2013 lives in Point Loma with his teenage daughter, moved away from the live stage and on to show production and management. “I produced shows for a couple of decades, until ‘02. Licensing, contracts, events.” His called his debut CD Overnight Success.

As a performer, Marin rarely strays from the Great American Songbook. “I’m a torch carrier. Why? Music from that era is so well written.”