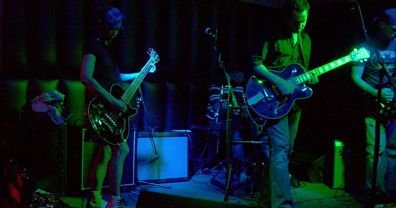 Perfect Blue was founded near New Orleans by Mike Hampton and Christy Samoy, who recorded on their desktop through the computer microphone to a trial version of Sonic Foundry Acid 2.0., which worked fine until a computer crash. Then, a Lexicon interface complete with Cubase was purchased, and the duo moved to San Diego in 2005.