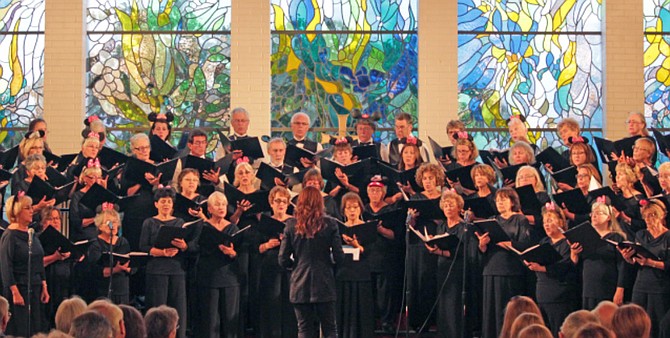 In September 2003, Friends of the Hervey/Point Loma Branch Library sponsored a concert in the brand new community room weeks after it opened. After the concert, Judy Eby, a member of the Friends of the Library, Glen Fisher, Larry Zieger and Christine Gonzalez, library branch manager, talked about the lack of opportunity to participate in choral music programs in the Point Loma community. Judy Eby proposed starting a chorus that would meet in the community room, and the library enthusiastically supported the idea.

The non-profit organization has partnered with the Hervey Family/Point Loma Library, the Point Loma High School Choir, Southwestern Community College and other school and community choral groups in the San Diego area to create a model program. There are approximately 60 active singing members, with no audition requirement.

Peninsula Singers accompanist Stewart Simon is an accomplished solo pianist and teacher beyond his commitments with the chorus. Artistic Director Sarah Suhonen frequently conducts, and the group Presidents have included singer Vanessa Dinning.

As of 2018, the choir was performing a free concert at the Point Loma Hervey Branch Library every season. Members span all generations and abilities, from hobbyists to professional singers. The choir has sung at Carnegie Hall and, for its tenth anniversary, completed a European Concert Tour, as well as touring Ireland in June 2018.