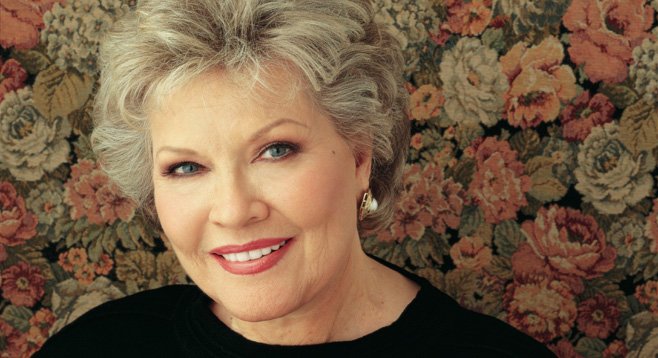 Patti Page (born Clara Ann Fowler) was one of eleven children. She moved with her two granddaughters to Rancho Santa Fe in 1973, where she and her husband (since 1990) were still living at the turn of the 21st century.

She sang for five U.S. Presidents, and sold sixty million records, twenty-nine of which charted. Shortly after being announced as the winner of a 2013 Grammy Lifetime Achievement award, she passed away at the age of 85 on New Year's Day 2013, at an Encinitas nursing home.

I went to a small concert in Little Italy sometime back, and sat in the front row. Next to me was an older, attractive woman, very well dressed. There was something about her that looked familiar, but I couldn't place her. It wasn't until sometime later when I read an article online about Patti Page, which included a photo. That was Patti Page I sat next to. I wished i could have said hello, as we have something in common. We were both raised in Tulsa.