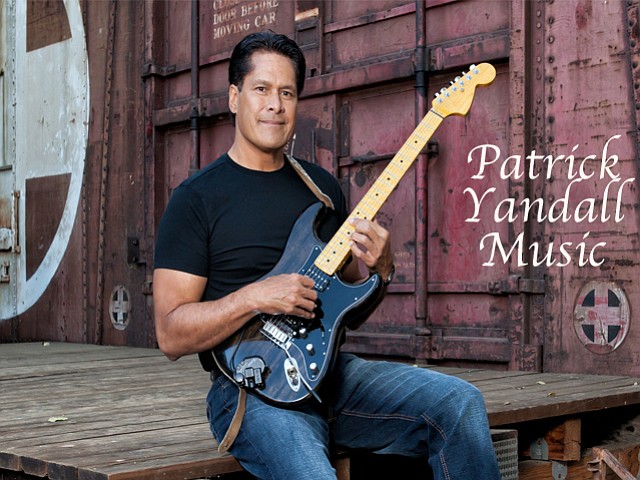 "My best gig was in Michigan for a concert at the Midland Dow Center," he recalls. "I was driving up the freeway and saw my face next to Herbie Hancock as one of the headliners for the concert, on a huge billboard."

"I submitted some songs to a licensing firm in L.A., and they immediately asked if they could resubmit them to the Weather Channel," explains Yandall. He's been a mainstay of the station ever since. "The company told me my music had become an example of what they liked."

The Weather Channel has attracted a hard-core group of music fans who have posted screenshots of weather reports featuring Yandall's music on YouTube. The station took notice of the interest in its soundtrack and in October of last year released a music compilation (though no Yandall compositions are included).

"Royalties are royalties," comments Yandall about his music being used as aural wallpaper. "It allows me to do projects and not have to work a day gig, other than producing and practicing music."

Yandall acknowledges that the Weather Channel is an unusual place for his music to find a home, but it's not the strangest place he's come across it. "One time I was in a bathroom at a casino and I heard one of my tunes. Weird feeling, but it means royalties." His music has also been heard in films like Fruitvale Station and War, Inc., and on TV shows like New Girl, Shameless, and Girls.

He admits that live performances tend to be fraught with more pitfalls than rewards. "The worst gig was at Spaghetinnis when a girl asked me to autograph her my CD for her boyfriend, then told me to get away from her table. Didn't understand that one."

His album Ethos was released in 2016, and he was nominated Jazz Artist of the Year at the 2017 San Diego Music Awards.

A Tele with what looks like 4 single coils. Don't see many of those.

Nah, pretty certain it's a Tele. I've seen a different photo and it says Telecaster on the headstock.