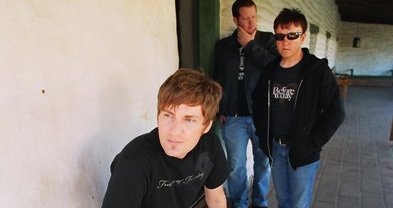 Started in the summer of 2000 by Jesse Pruett, Parker Theory uses its three strong singers to make melodic alternative indie rock, with strong Christian leanings. In 2001, they opened on tour for their buddies in Switchfoot. Their album Leaving California was nominated for a 2007 San Diego Music Award for "Best Alternative Album."