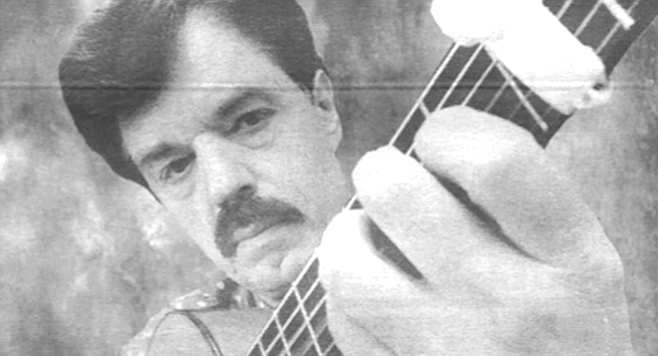 Paco Sevilla was 19 when flamenco struck him. "For me, the attraction was, I thought flamenco guitar was something nobody in the world was doing and that, if I even knew how to play it simply, I would be the only one in the world that could do it. Carlos Montoya and me. That’s how naive I was. I didn’t know everybody on the beach was playing it."

"I was a teenager, and I saw somebody picking guitar with their fingers. Just something at a party. That was the time when flamenco was the music of the surfers. That was before the Beach Boys. There was hardly a surfer that didn’t pick at flamenco. There were always guitars on the beach, and everyone was doing something, pseudo-whatever, not serious flamenco. But our first gods of flamenco guitar in San Diego were surfers David Cheney and Joe Trotter. David had lived with the gypsies for years in the caves of Granada. So when he came back, he was everybody’s idol."