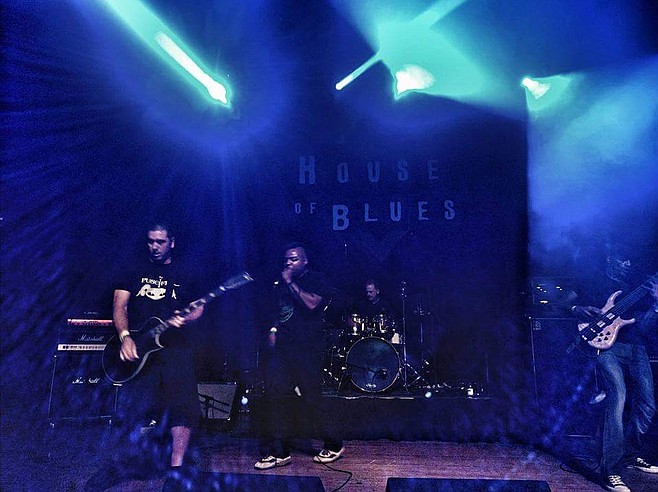 RIYL: Accept That You Have Suffered, Ghost & Billa, Bankers Hill, Parade of Horribles, One Theory

One Inch Punch (not to be confused with same-named bands from L.A., Melbourne, and elsewhere) is a heavy melodic groove rock band featuring three players from Accept That You Have Suffered -- Alexxx Pater, Dave Marinesi, and frontman Sebren Green -- alongside Jason Williams (Ghost & Billa, Bankers Hill).

Their Skinless EP was released in March 2005, followed by the Virgin Demo in 2006. After a three year break from 2013 until 2016, they began playing around town again that summer.