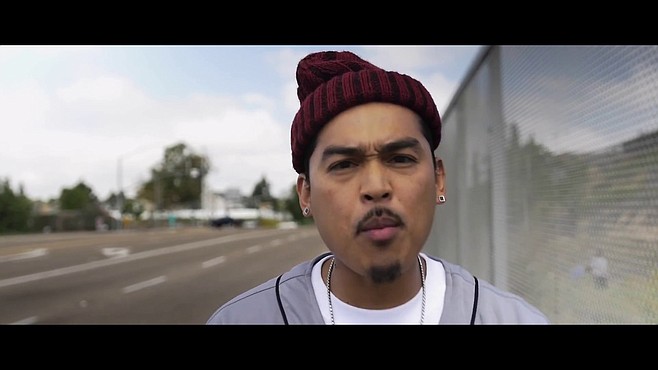 Born in Tijuana and raised in Paradise Hills, half-Filipino, half-Mexican Frankie Quiñones, aka Odessa Kane, first earned local notice with Gonjasufi and Orko Eloheim in Masters of the Universe, which has been around since the early 1990s and has included his younger brother, half-Filipino half-Mexican rapper and producer Michael Quiñones, sometimes aka Scatter Brain the Acid Atheist.

Originally taking the name Odessa Kane as a reference to “odyssey and cocaine,” he was nominated Best Hip-Hop Artist at the 2011 San Diego Music Awards. Known for his political awareness and activism, he helps publicize injustice in the Philippines as a member of Kabatang MakaBayan, an organization more widely known as KmB. In January 2012, Kane married local KmB recruiter and community activist Ree Obaña.

His political bent formed the backbone of his early 2013 collaboration with producer Infinity Gauntlet (Kane's brother), Cuetes & Balisongs (the title in Tagalog and Spanish stands for “firearms and butterfly knives”). It won Best Hip-Hop Album at the October 2013 San Diego Music Awards, with Kane himself taking home a Best Hip-Hop award in October 2014.

A new single and music video for "Tres Sietes" dropped in Autumn 2019, in advance of his studio album King K.A.N.E.

I've seen Odessa open up for Slum Village at the House of Blues and he was up to par with the main act. I like the fact that he pays tribute to his SD roots and keeps it real. I also like the fact that he pays homage to the roots of hip hop with his political banter especially in reference to Anastasio Hernandez who was killed by the Border Patrol. If Kane keeps it up he will continue to gain respect from hip hop heads for years to come. Props out to a true MC and an artist for the people.