The Odd Get Even 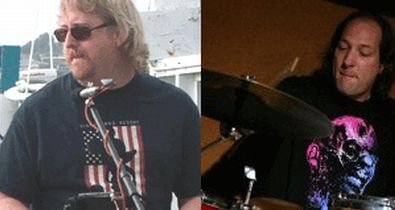 The Odd Get Even is a collaboration between keyboardist Bill Cornish and drummer Bill Ray. The songs started out as improvised drum tracks by Ray around which Cornish fleshed out the details and provided a compositional framework. The result is an energetic and unique blend of styles full of creative twists and turns.

The band describes their sound as “Better than your favorite energy drink, and without the crash.”

“It’s quite an interesting to make an album, from the drums up,” says Ray. Their 2009 self-titled debut album was followed by Objects In Motion (2011) and then, in 2013, Happy Critters.