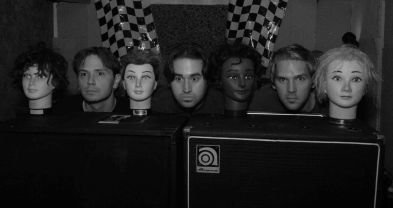 Hard rock band OAKS was founded by original guitarist Sean Mckee (the Narrows), singer/bassist Marc Baylis and drummer Justin Olsen. After Mckee left, Baylis's ex-Long Island bandmate Gerard Lawther steeped in to play guitar. Baylis and Lawther have been in bands together since they were teenagers.

Drummer, Justin Olsen, is from Olympia, WA, and has played with members of the Melvins/Big Business, and the Murder City Devils.

The band's album bravo!, released in 2008, was recorded by Melvins producer Toshi Kasai at Westbeach Recorders in Hollywood.