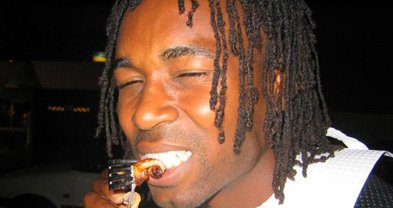 Rappers who start feuds to make a name for themselves are nothing new. Tupac versus Biggie, Nas versus Jay-Z, 50 Cent versus everyone...but what happens when local rapper Nomad calls out the whole black race? In 2001, Nomad was the subject of a Jenny Jones episode titled "You Shouldn't Hate Your Own Race." He wore a White Power T-shirt. Four years after his appearance, Nomad still has run-ins with people who didn't find his TV prank funny.

"I was in Tucson a couple of weeks ago selling CDs [with the title Where the White Women At?] at a club," Nomad said after a recent road trip. "I walked up to this girl and tried to talk to her. I asked her what her name is and tell her mine and she says, 'I hate your CD.' I asked her, 'You didn't think it was funny?' She was a Jamaican chick and she turns to these other guys and next thing you know, about nine Jamaican cats surround me -- and they had their hands in their shirts like they're strapped or something -- and said, 'Yo, you want to die tonight?' 'Uh, not particularly,' so I got out of there.

"I've been traveling since I put out my CD. It came out in 1995, and I traveled to England and Amsterdam with it. I've traveled all around the world. I've been to Japan twice, Australia twice, France...so why are these cats making CDs in San Diego and just sitting on it?...

"When I was in Australia, I spent $68. People were taking care of me, taking me to clubs, fancy restaurants. So I made $400 and spent $68. They love black dudes in Australia!"