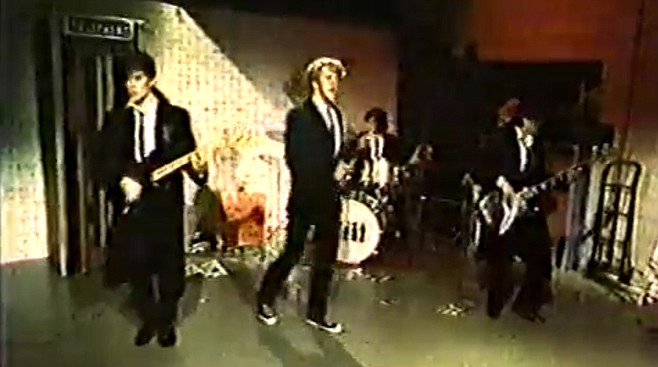 "During my time with the Neat, I was able to negotiate a weekly gig in Tijuana, Mexico at a club called Mike's Bar," Downey told the Reader. "Every Wednesday night was college night in Tijuana and we would pack the club full every week and were paid very well by the club owner, who I personally knew."

"We were the hippest, most sought after high school band at the time," recalls manager Ken Harrison. "Girls attacked the van when they arrived to play a school dance."

Their music appeared on the 1984 91X Local Heroes album, and the band performed on local TV shows like Pacific Videos and Club 33. After the band split, Downey went on to build a recording studio in his garage in the early 1990s, before working as an accounts executive and billing agent for Chula Vista medical billing company United International Health Net.

Wow! Great to see this. I managed the first The Neat (1981?); Robert Munger on drums, Bobby Blesser lead guitar, Neal Bergen rhythm and lead singer, and Paul Mucamela (sp?) on bass. We were the hippest, most sought after high school band at the time. Girls attacked the van when they arrived to play a school dance. Thanks for posting!

Hi Ken, Those were some great memories. Cool video. My friend told me about this. Neil Bergen

My 21 year old son said, "Dad, that video is awesome. You guys really had energy".