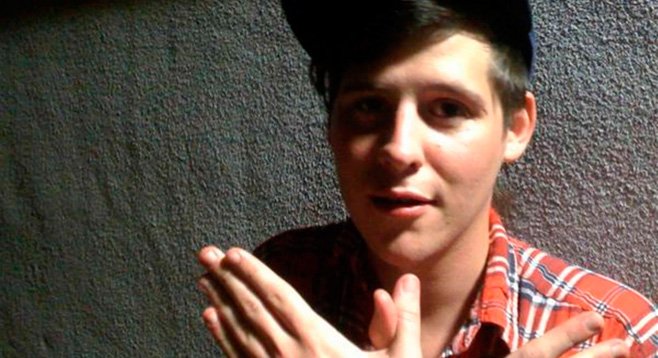 Wavves started out as a one-man-band brainstormed by Nathan Williams, a former Music Trader manager who became a record label signee in early 2009 at the age of 22. In concert, Williams is usually accompanied by drummer Ryan Ulsh. Posting songs for free on his blog Ghost Ramp earned him much internet buzz, as well as multiple slots at the 2009 SXSW music festival in Austin, Texas.

MTV.com listed Wavves’ March 8 SXSW performance at Red 7 among their Top 10 South By Southwest 2009 Moments. His album Wavvves on Fat Possum Records earned an 8.1 rating at hipness arbitrator Pitchfork.com. In late April '09, despite having played his first gig less than six months ago, williams was booked to open for mainstream darlings 311 at the West Palm Beach SunFest.