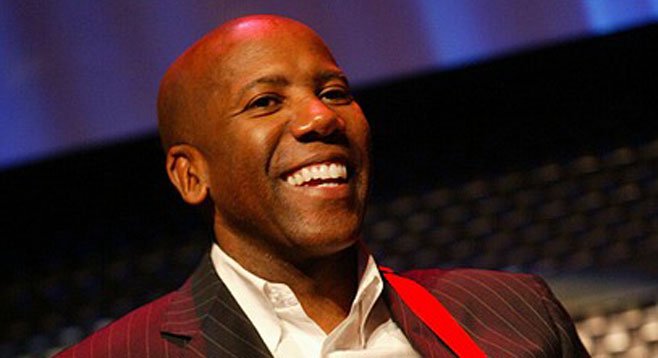 Bassist Nathan East attended Crawford High, where he played in the school band. “You start with a great teacher like Dennis Foster. [Foster was music instructor at Crawford High during the 1970s.] Then, there was the good fortune of the mix of the students. There was Skipper Ragsdale, Steve Christie, Hollis Gentry, and later, Carl Evans.” Also, jazz bassist Gunnar Biggs, whom East replaced in the lineup when Biggs graduated. “That was an award-winning band. Crawford was a perfect storm of elements that came together.”

In early 2011, he toured with Elvis Presley’s old backing group, the TCB Band. That summer, he toured as Toto’s bassist for a month long European tour, beginning June 21 in Belgium. He has remained with Toto, due to their retired bassist Mike Porcaro's battle with motor neurone disease, also known as amyotrophic lateral sclerosis (ALS) and Lou Gehrig's disease, which forced him off the road in 2007 and put him in a wheelchair.

After working on a new album by soul singer Anita Baker, East toured the U.S. again in summer 2013 with 1980s AOR oldies Toto, wrapping up September 14 in Chandler, AZ.

2014 began with a bang. “Imagine rehearsing your song and seeing Paul McCartney dancing to it,” says East, who scored Grammy Record of the Year gold for his work on Daft Punk’s “Get Lucky.” “That was just too much fun,” he says of the 56th awards show. “It’s almost like the reason we all got into this business in the first place.”

The bassist released his debut self-titled solo full-length in March 2014 via the Yamaha Entertainment Group, earning a 2015 Grammy nomination for Best Contemporary Instrumental Album, and then reunited with Eric Clapton's band for a three-week tour of Japan, Singapore, and Dubai.

He rejoined Clapton's concert band in May 2015, to perform six concerts in London, England, as well as performing two concerts at Madison Square Garden in New York City in May to celebrate Clapton's 70th birthday.