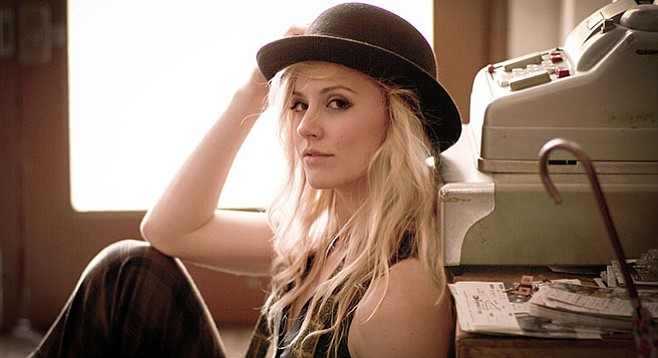 Singer-songwriter Natalie Emmons grew up in San Diego, as well as spending several years living in Japan as a professional singer/dancer.

“I always had a fascination with Japan,” says Emmons, who still lives in Lakeside. “There was a flyer at my school about meeting Japanese exchange students. I found Japanese people very receptive to people who wanted to learn about their culture.” That led to a successful audition for Universal Studios Japan, which was looking for singers and dancers to perform at their Osaka theme park, where she spent a year appearing in a Hello Kitty-themed production, as well as appearing on several TV shows.

She returned to the U.S. in 2013 and independently released her Therapy EP, featuring original songs, two of which had Japanese versions. She made another trip to Tokyo in November 2015 to host a nationally televised singing competition.