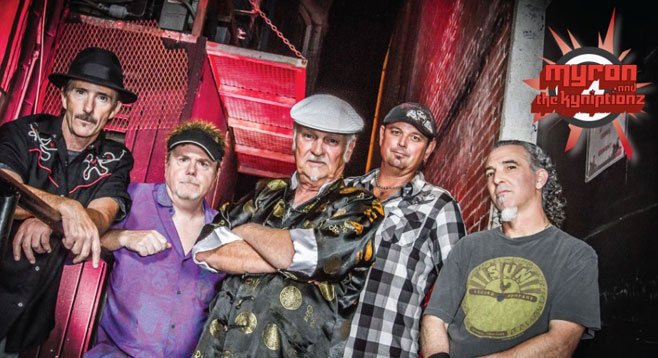 Myron & the Kyniptionz is a five-man rock and blues band formed in 1998, when Myron Frame and Patrick Reynolds would get together and jam. Over the next several months Myron wrote the lyrics to seven of the songs on their first Kyniptionz CD entitled Fit.

The band began performing live in venues around San Diego, including local private parties, coffeehouses, dance clubs, and at the San Diego County Fair twice, and they appeared on local KUSI-TV.