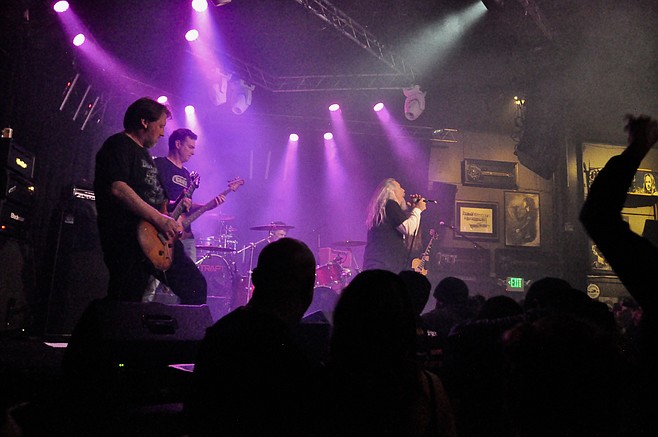 Murder of Five is an original hard rock band playing 1970s-style stoner blues desert rock. "We call each other and our fans Moffers," says guitarist Marc Gariepy. "We’re all good friends, laugh a lot, drink beer, and have fun every time we jam."

A six-song demo recorded at Blitz Recording was released in January 2016, with bassist James Bussard joining the group to record a full-length later that year. "The rest of the band has known each other for over fifteen years, but never had a chance to play together until 2015 when Mark [Murch, guitarist] and Johnny [Stevenson, vocalist] moved back from Vegas and Erick [Menchaca, drummer] came back from Alaska. That was the first opportunity for all of us to get together."