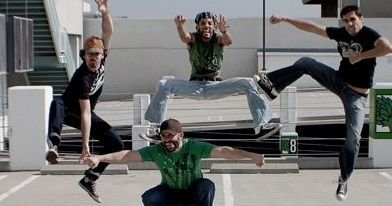 Based in Clairemont and Pacific Beach, their self-named debut album was released in 2009, produced and released by Roland Ware II (Plane Without a Pilot) on local label Rdub Recordings. "Roland is pretty much a one-man-show at Rdub Recordings," said Polydoris at the time, "and he did all the tracking, and then we mixed the record at Doubletime studios with Jeff Forrest. Roland produces in this guerrilla-warfare style of recording, where some sessions are lightning quick and others would drag on forever until we got the right sound or the right part."

The band opened up for Matisyahu at the 2009 KickGas Festival, and they were awarded the People's Choice award at the 2010 Del Mar Fair. They disbanded shortly after.