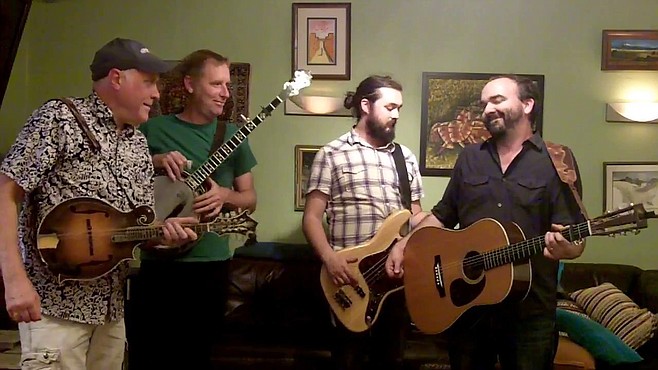 Based in Ocean Beach, MohaviSoul is an original, soulful contemporary bluegrass band rooted in folk and Americana featuring songwriting and singing of Mark Miller and Randy Hanson, accompanied by Jason Weiss, Orion Boucher, and Dan Sankey. Their debut CD Every Second established their sound, and they expanded the boundaries of contemporary bluegrass with their second CD Blue Diesel, released in late 2013.

"The new CD is named after a song I wrote, which is a very tongue-in-cheek double story about love and something else," says Hanson.

Their fourth full-length, Live at the 42nd Annual Huck Finn Jubilee, was released in early 2020. It includes three new original songs written by Randy Hanson, Mark Miller, and Orion Boucher, as well as a cover of the Waylon Jennings classic "Lonesome, On’ry and Mean."