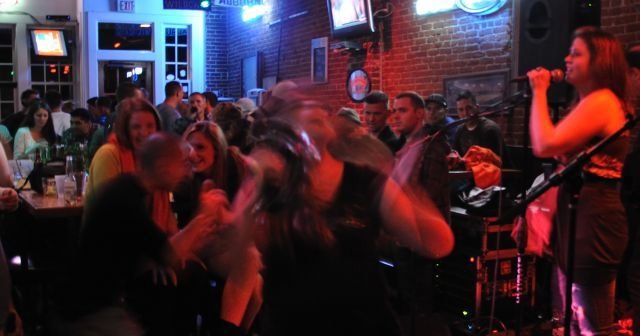 Modern Radio began as a started as a tribute to power pop, before changing their name to XFactor and started covering new music by bands like the Killers, Green Day, Weezer, and the Foo Fighters. After some lineup changes, they became Mad For Mary and added 1990s songs to their sets. Adding a female vocalist and adopting the name Modern Radio, they now call themselves “a weird eclectic mix of new music, ‘90s, ‘00s, and power pop.”

The band plays Lady Gaga, Britney Spears, Muse, Vampire Weekend, Green Day, Good Charlotte, the Knack, the Cars, and more. “Watch out” they say, “you may get Rickrolled when you’re not paying attention.”