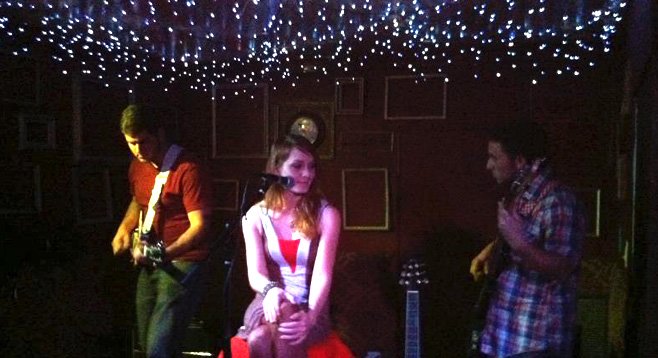 Based in Encinitas, Modern Heist is an indie rock band with influences from folk, classic rock, and heavy blues, as well as hard rock, punk, and pop.

Featuring Cassie Thompson’s velvety vocals and piercing lyrics slicing through the upbeat and heavy music by the rest of the band, Modern Heist made its concert debut in February 2012. Their eight-song full-length All I Ever Loved was released in early 2013.