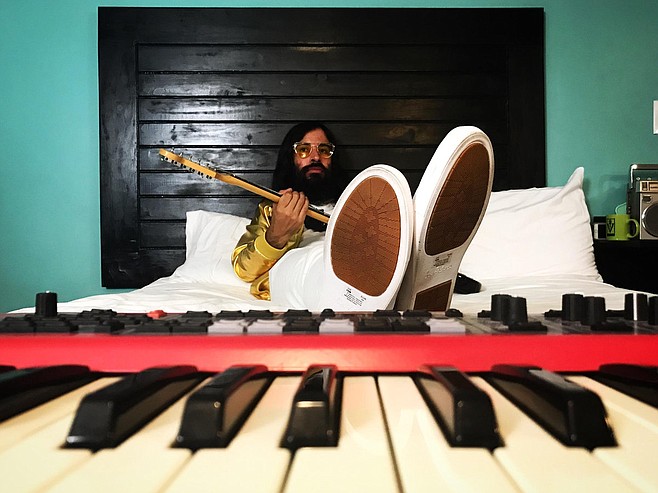 Moans is a recording project turned live nine-piece modern funk band with five vocalists, a Talk Box, a violinist, soaring guitar solos, funky synth stabs, and a solid rhythm section. The group was founded by Moses Constable (talk box), who kicked off the project with a series of comedic homemade videos that earned him a San Diego Music Video Extravaganza Award in 2017.