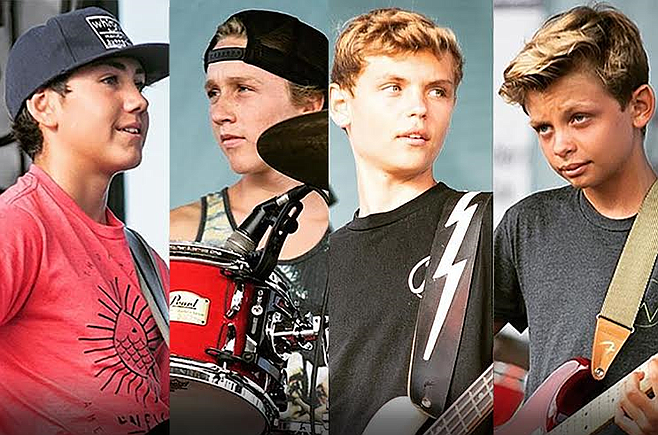 Based in Pacific Beach and Ocean Beach, Millionaire Beach Bums had already played over a hundred gigs while the members were still age 13 to 16.

They released their album Shorebreak in 2015. The following summer, they appeared at Switchfoot's annual Bro-Am surf competition and concert.