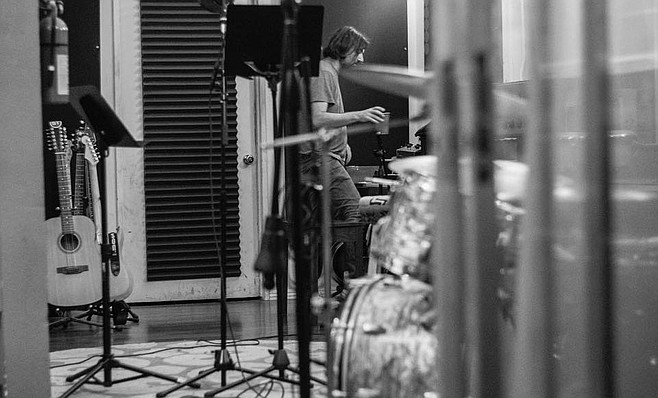 RIYL: Mission: To Mars, Static Halo, Fuzz-Huzzi, Stereotypes, Lights On, the Shambles, Bang Bang Jet Away, the Loons, the Melanies

Bonita High grad Mile Kamoo is a songwriter, producer, and musician who has played with bands like Mission: To Mars, Static Halo, Fuzz-Huzzi, Stereotypes, Lights On, the Shambles, Bang Bang Jet Away, the Melanies, and the Loons.

In 2004, Kamoo's homegrown label Earthling Records signed as a subsidiary of Boston's Wishing Tree Records. At the time, Wishing Tree distributed nationally to over 15,000 retail outlets. The first three Earthling CDs to ship included the bands Mango of San Diego, Greater California (formerly of Long Beach), and Encinitas' Stereotypes. All were at least partially recorded at Kamoo's Earthling Studios in El Cajon.

Kamoo has also been heard on motion picture and TV soundtracks, such as when the Stereotypes landed a song in Universal Pictures' A Dog’s Journey. Recalls Kamoo, "I recorded ‘Redhead’ 17 years ago at Earthling with John Finkbiner and William Skoff in one evening. I distinctly remember playing Dylan Martinez's guitar for this track. Out of 18+ releases, it’s the only Stereotypes recording that uses a Les Paul."