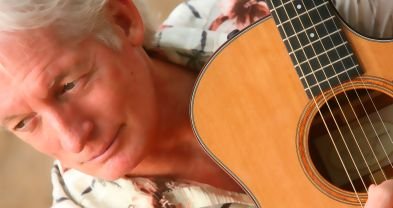 After playing his first gig at Walt Whitman Elementary for the school carnival, Mike Broward has spent the last 40 years playing gigs all over the country. During his time in San Diego, Broward was a founding member of local group Stars on the Water. Though he now resides in Tennessee, he frequently returns to California on tour. Mike Broward plays solo concerts as well as private parties and fundraisers with his band.