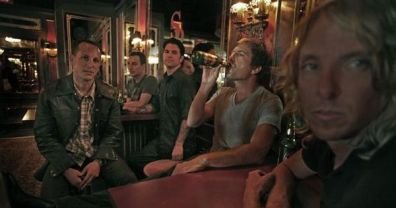 RIYL: The Faces, the Sweet

Influences: The Faces, the Rolling Stones, the Go, the Who, the Stooges, Gram Parsons

They were nominated Best New Artist at the 2010 San Diego Music Awards. Their debut record Nitty Gritty was produced by Brian Karscig (formerly of Louis XIV, currently with the Nervous Wreckords).

Their Hanging Around EP, released in late 2012, was recorded in San Diego and produced by Daniel Crawford. Tracks include “Hanging Around,” “A Little More Gas,” “Don’ Want to Lose Again,” “Rock & Roll Suicide,” and two new remix tracks, “Keef’s Revenge” and “Second Kick of a Mule.”