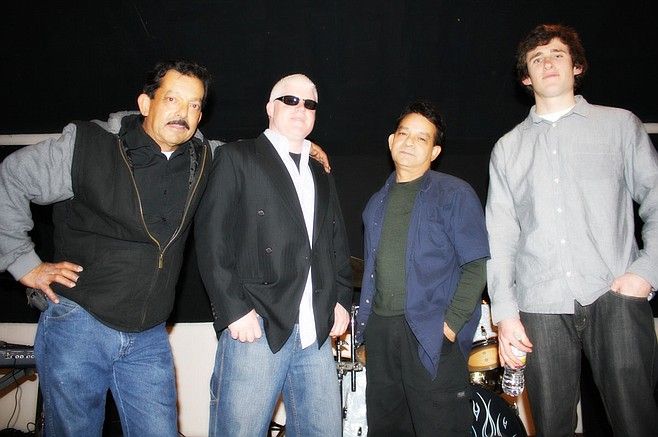 The Saldivar brothers Lee and Rudy had walked away from the music business in 1994, after spending their entire lives in the music industry. Their experience culminated in operating their own small label (Blue Moon Records) from 1988 to 1994. They decided to form Meridian 65 in 2010.

With all members hailing from the San Diego area, the band was grown over a two-year period, initially working as a cover act. Describing their music as “alternative independent pop,” their diverse influences collectively range to artists as from Tony Bennett to Pink Floyd. According to the group, “The music, while complex, is also somewhat simple in that each piece is designed to appeal to the widest popular audience, containing elements of folk, rock, and pop music.”

Their full-length Savage Skies was released in 2012, with a followup called Timeless released in summer 2014.

The Band Meridian 65 from Escondido who have been creating quite a name for themselves on radio,youtube channels and the record industry with their new album Savage Skies, has been using a nite spot called the Comstock in Escondido on Escondido Blvd. for rehearsal on Sunday evenings every now and then, Meridian 65 would like to thank Norman at the Comstock for allowing us to do our show rehearsals there, Meridian 65 also thanks the good folks in Escondido who make their way in there on sunday evening to hear the group. We like to feel like we are helping out by bringing a little life to our music scene here in Escondido, The bands Albums and songs are available at iTunes,cdbaby,amazon and all other digital outlets and can be seen live at the House of Blues on May 28th at 9:00pm or visit them at www.meridian65.com.