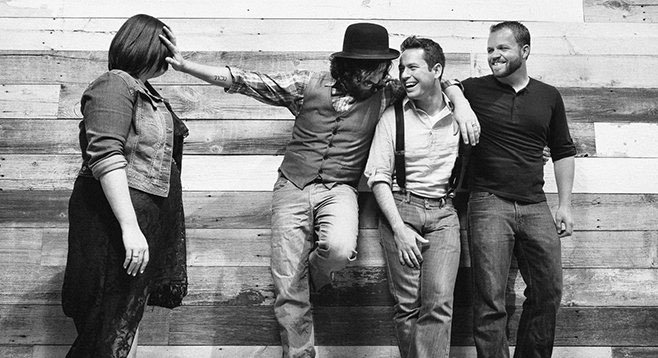 Accoustic rockers A Mayfield Affair includes singer/guitarist Ben Bartel, who grew up in the mountains of central California, and Ben Barnes, who holds a degree in Philosophy and Theology from San Diego’s Point Loma Nazarene University, along with Erin Lancaster and Ryan Woolsey.

The band almost came to a halt when singer/guitarist Ben Bartel suffered multiple aneurysms, a stroke, and several heart surgeries, due to a constricted aorta, an undiagnosed flaw in his body since birth.