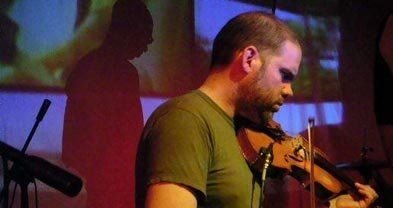 Matt Resovich is one of those musicians who keeps busy and often commits to many projects at a time. He’s performed with the Black Heart Procession, the Album Leaf, Mung, and Battling Maxo over the past decade, carving a niche with fans of eclectic and electronic music. He’s also been keeping busy as a solo act.

Resovich (under the moniker of side-project Roll Film) and his electric violin can be heard on the 2007 independent film Impaler, a documentary about Jonathon “the Impaler” Sharkey’s candidacy for governor of Minnesota in 2006. His other instrumental act is Toytester, “a computer-and-me” act of experimental sound and dance beats.

The Black Heart Procession is the best known of Resovich’s projects, formed in 1997. This band records and tours when the members have the time. The year 2006 saw the release of their album The Spell.