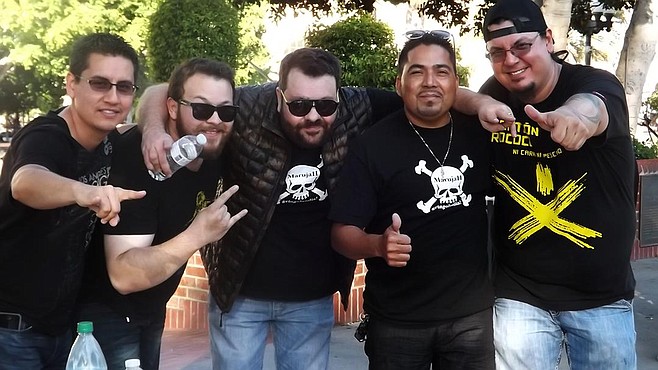 Influences: The Clash, the Toasters, David Bowie, Queens of the Stone Age, Placebo

Their debut album Lechuga del Diablo was produced by Steven Jacob at Tiger Tracks studios and debuted at the Latin Alternative Conference in New York City in the summer of 2011. Touring for the album took the band to South America for the first time.

They emerged through the ranks of the 2014 Battle of the Bands at 710 Beach Club, as well as earning exposure on the Tim Pyles 94.9 local music showcase. "Our worst gig was in L.A.," says Enrique Madico, "when we were awarded a Peruvian rock award. We show up for soundcheck to no sound guy or monitors."

Their sophomore full-length gringolandia, recorded and produced by Jake Caldwell at Holler studios in Colmont TN, was released in January 2015, preceded by the single "Ke pasa," which deals with immigration reform and basic human rights.

Marujah Rising, released in June 2017, was produced by John Avila (Oingo Boingo) and mastered by Stephen Marsh (Los Lobos), with the help of Panteon Rococo and Nana Pancha.

Their 2019 album Bad Hombres: Live at Brandos Paradise was produced by John Avila and mastered by Stephen Marsh (Los Lobos).