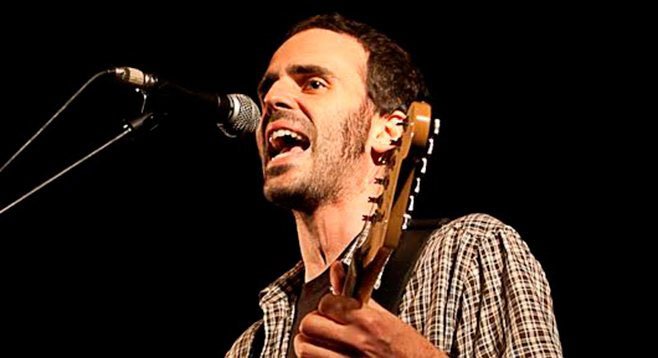 Marc Aliana was the guitarist in a popular Barcelona based Chili Peppers tribute band called the Californicators, before relocating to San Diego to play with local acts like Jon Goodhue and another Peppers tribute, the red Not Chili Peppers. Things were golden. That is, until Aliana's visa expired and he had to return home to Barcelona.

“The band got him a three-year work visa,” says the band's Flea mimic Jonathan Savage (Deaf Zero, the New Futures, Dante’s Boneyard). “He’s back now. That was huge, a big hurdle.” But whatever the stress level, it was worth it, Savage says. “Now, we have an all-star lineup. It’s pretty incredible now. The audience reaction is significantly different.”

Aliana began work on a solo album in 2014. “I wanted to explore a more intimate side of my writing and singing,” he told the Reader. “I enjoy it very much, but that doesn’t mean I’m planning on staying there forever.” I ask if this could be confusing to his followers. “I’m a big fan of contrast and variety, and I like to think people will recognize me no matter what styles or moods I dive in and out of, as long as I’m making my music from an honest place.”