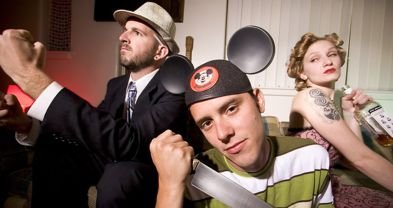 Marasol: "The Way We Do"

Marasol was brought to life in January of 2008. The proud parents are Chicago transplants Lain Weck, Sarah Clark, and Jim Benuska. Combining all the great music that has penetrated their lives, they set out to add some spices to the rock and roll crock pot.

Writing started in February of 2008 with some demo tracks that were recorded over the previous year by Lain. In late June, they headed into Black Box Studios in Golden Hill to record their first release with engineer Mario Quintero (Bob Nana, Transfer, Swim Party). Futures was recorded live in a day and a half with the intent to portray the band's live energy. Futures was released November 7, 2008.