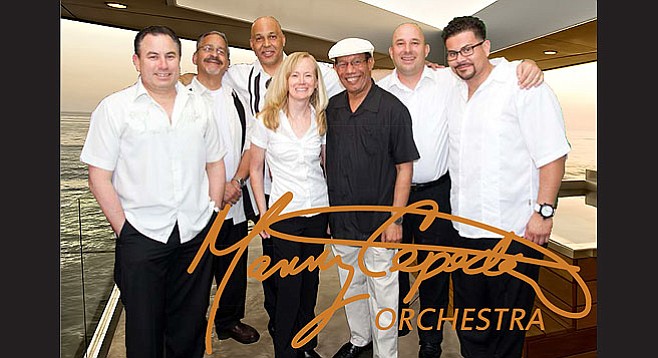 Sound description: The band specializes in music from the Caribbean, Salsa, Merengüe, and Cuban music.

Based in Little Italy, Manny Cepeda Orchestra was formed in April 2004. Its main purpose was to bring Cepeda’s original Salsa and Merengüe selections as well as current classic Salsa/Merengüe and Cuban music style to Mexican as well as American audiences throughout the greater San Diego area.

An album called Padre Querido was released in 2008, while Roots/Raices came out in 2014.