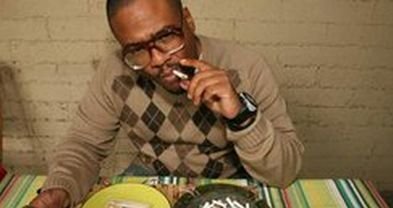 “Hip-hop is the bastard child of the San Diego music scene,” says Cleveland transplant Jamaal Hale, aka M-Double-A-L. “In some cases, it’s viewed with fear and apprehensiveness; it’s similar to Cleveland in that both cities aren’t known for hip-hop, but both in fact have a lot going on underground.”

In Cleveland, Hale was a member of a six-rapper hip-hop group called the Primate Foundation, which ended up splitting after signing to a label that he says screwed them.

When he moved to San Diego in 2002, at the age of 23, he says, “I saw a heavy indie-rock presence, but I was trying to find hip-hop culture in SD. I stumbled across the Hot Monkey Love Café, [where] they had open-mike nights, emcee battles, break dancing, and deejaying. After involving myself, I found out about groups such as the Icons, Deep Rooted, and others who’ve had success in and outside San Diego.”

“Every weekend, I would go to Mission Beach and Pacific Beach. Armed with a CD player and headphones, I let anyone who wanted to listen to the music, and some would even buy the album [from me].” That 2005 album, Mackalactick Musick, was also carried on consignment at Access Music in Pacific Beach.