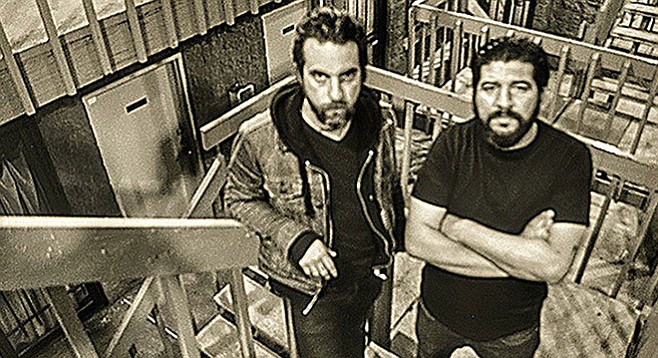 RIYL: The Plot to Blow Up the Eiffel Tower, the Album Leaf, the Locust, Rats Eyes, Wet Lungs, Some Girls, Planet B, Delta, Gamma

Luke Henshaw (Delta, Gamma, Planet B) and Gabe Serbian (the Locust, Rats Eyes, Wet Lungs) met through Serbian's Locust bandmate Justin Pearson at a studio session being held at local Penguin Studio, where the duo launched their collaboration by working together on the soundtrack to 2014 Asia Argento film Incompresa.

In 2015, the duo released a cinematic, space rock, funky avant-garde "post prog" album called Variations In the Key Of the Afterlife, on the Three One G label. Guest players include Matt Resovich and Alia Jyawook.