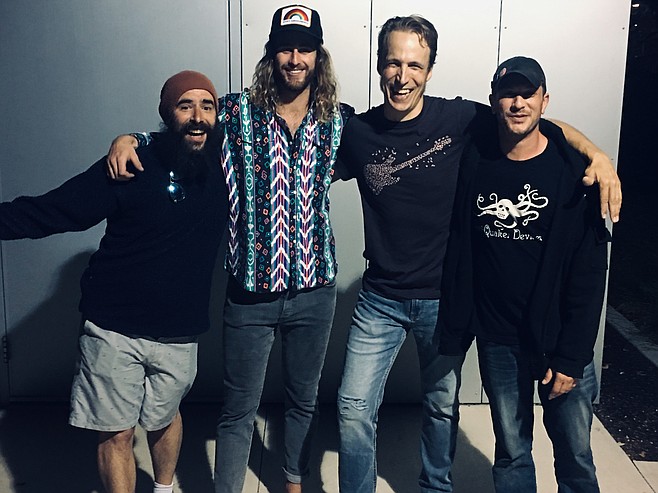 Based in Vista, the Lost Monarchs is an original jam band founded in Chicago by Ben Ringgenberg and Dallas Wade, who were both in their 20s when they met at a suburban Chicago coffee shop drum circle. Fans of Phish, Allman Brothers, and Pink Floyd, they formed a jam band called the Blues Monks, later joined by singer-guitarist Bob Salihar from Oucho Sparks, a progressive rock band on the local scene.

When their band broke up, Wade and Ringgenberg took separate paths, playing in several bands. In 2016, after reuniting their former band, Wade (living in Denver) and Ringgenberg (living in Los Angeles) decided to form the Lost Monarchs. They relocated to San Diego where Bob Salihar, who had recently relocated from Illinois to Vista, was playing with GaiaTonic. Drummer Eddy Henderson joined in April 2018.

The music has myriad influences with a decidedly improvisational nature. According to the group, "What really defines the band is the live show, where jams grow and change from night to night."

A self-titled album was released in 2018, and many of their live performances are available as free downloads on their website.