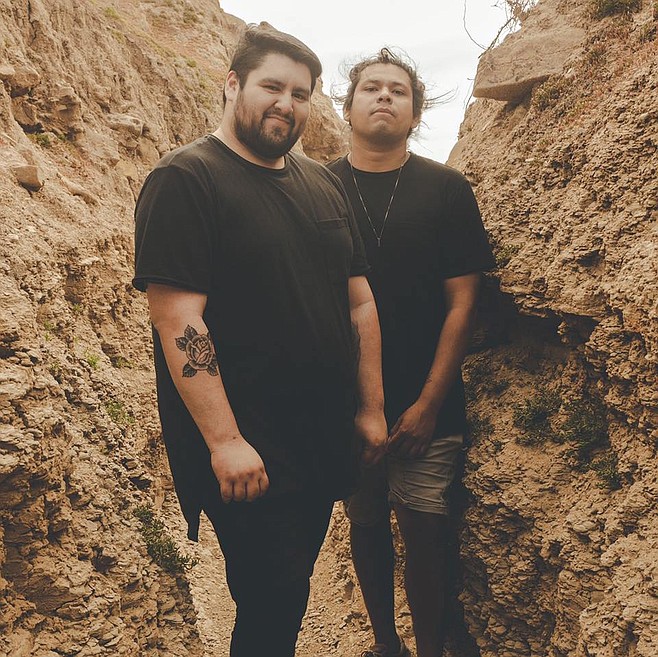 Influences: Secrets, Dryjacket, In Her Own Words, Dream Haze, Half/Measure

Emo pop-punk group Lost Dakota was founded by Christian Perez upon the breakup of Chula Vista's Dark Tide, a melodic hardcore band that began as a side project of Nightmare's Riot guitarist Tomas Perez in early 2014. That group opened for Stickup Kid, New Years Day, Capsize, and more, but ended up splitting.

Christian Perez debuted the Lost Dakota project with a single called "Gold Coast" in April 2017. After being joined by guitarist Gabe Gonzales and drummer Greg Degracia, they began gigging as a trio at local venues, as well as at multiband events like Through Being Cool (San Diego's Emo Nite), the SUMM Music Fest, and Ramona's Summerfall Radness Festival. A three-song EP released in September 2017, Beautiful View, included the track "Carlsbad" and a Shawn Mendes cover, "Treat You Better."

A music video accompanied their summer 2018 single "Unravel," as the band began touring through California and Arizona. After the departure of guitarist Gabe Gonzales, the band spent the remainder of 2018 "in hiding, writing new music." As of 2019, the group was a two-piece with Greg Degracia on drums and Christian Perez as vocalist/guitarist, gigging at venues such as Soda Bar and Soma. That April, they released a new single, "Complacent," along with a lyric video.