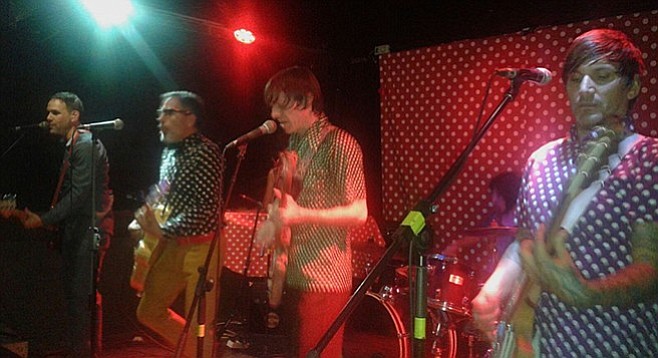 “The Little Richards was a brainchild of Robert Lopez that we put together for [vintage clothing store] The Girl Can’t Help It,” says drummer Lety Beers (the Rosalyns) of the all-star lineup featuring El Vez himself (the alter ego of Lopez) and members of Schizophonics, New Kinetics, and more.

The band toured Spain in Autumn 2015, though guitarist Brian Reilly (Hotel St. George, New Kinetics) was u7nable to travel and was replaced for those dates by Justin Cota (Gloomsday, Deep Sea Thunder Beast), with Adam Gimbel (Rookie Card, Geezer) filling in on bass.