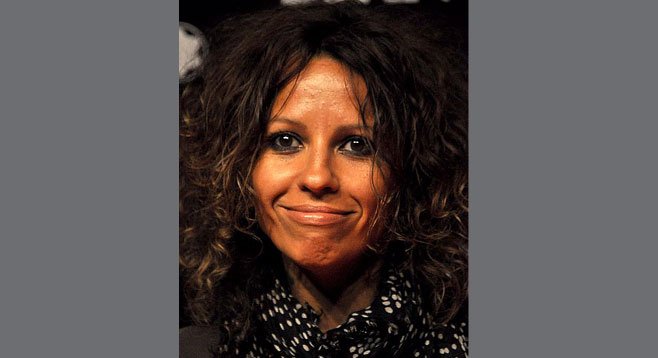 Linda Perry says she lived on the streets of San Diego before she came to national attention while fronting 4 Non Blondes. “I was just loafing, partying all the time,” she told the Washington Post (9-26-05), “and when I hit 20, like, ‘Hello, you’re supposed to be doing music right now.’ Then it was, like, all right, I’m gonna be a rock star.”

Her old band 4 Non Blondes reunited for An Evening With Women, a benefit for L.A.'s Gay & Lesbian Center, on May 10, 2014. Her new reality show The Linda Perry Project debuted on VH1 that July, where the producer/songwriter relaunched her record label and mentored new talent.

She was nominated in 2018 for a Grammy Award for Producer Of The Year, Non-Classical, making her the first woman in 15 years to be nominated in the category. In December 2018, Perry helped raise over $1 million for Woolsey Fire recovery with the One Love Malibu Festival benefit concert.

Perry was recognized at the 2019 Linda Perry & Friends: A Night at the Grammy Museum gala for her creative accomplishments as a music producer and songwriter and longtime supporter of a number of causes through We Are Hear (the combination record label, publishing house, management company, and production entity she launched with multiplatinum producer Kerry Brown in 2017).

She's so talented, I'm glad she's back up!