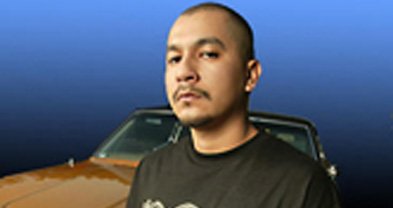 Lil' Al is a Latin hip-hop musician. His experiences on the streets taught him about life and inspired him to make music. Being a West Coast artist, some of his early influences were DJ Quik, Tupac Shakur, Dr. Dre, and Above the Law.

Born and raised in San Diego, California, this up-and-coming entertainer is already making noise with his smash single "Sabrosita." In 2001, he made his recording debut on Mr. Shadow’s compilation, Street Thuggz. His first album, The Self Made LP, has songs featuring Kokane, Jayo Felony, Mr. Shadow, Young Sicc, Dido Brown, and KMG from Above the Law.

In 2005, Lil’ Al partnered up with long-time friend Jose D and formed HoodRaised Entertainment, an independent record company focused on building and promoting Latin hip-hop. With drive and determination, these two young entrepreneurs have focused on making radio hits. Their first single “Sabrosita” was produced by multiplatinum producer D-Black and Chris Gunn,and provides a smooth Latin sound that will be sure to spice up the airwaves.